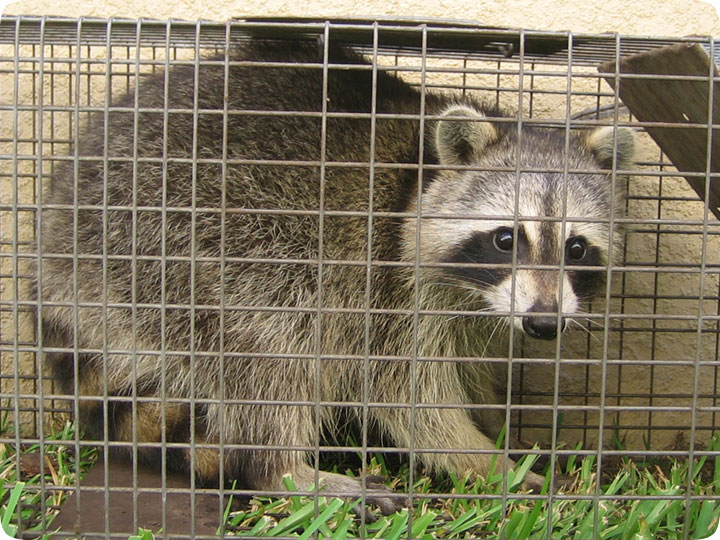 It was Friday night and I was at my grandmother’s house trying to enjoy my delicious birthday dinner. But I couldn’t. I felt like I was coming down with something; my body hurt and I was getting the chills. In fact, by the time I left her house, I looked like I had hyperthermia because I was shivering so profusely. I went home and took the hottest bath I could possibly take…still uncontrollable shivering. OK, so I’ll take some kind of flu medicine and try to get some rest. But I couldn’t. Then it hit me…what if I had rabies?!?!

I had spent the last week catching raccoon after raccoon. I had scratched my hand on one of the cages…AHHH, that scratch! It was now all raised and was not healing properly… So, next I did what everyone does these days; I Googled it. Before I could finish typing in the word “rabies”, up popped “rabies in humans.”  I clicked it. Then I see the most horrifying words…”Early rabies symptoms can be flu-like.”

Panic!!! I woke up my wife and two year old son and insisted we go to the emergency room because I had rabies.

My wife tried to calm me down but it was too late, everything I kept reading made me think more and more that I had rabies and this was the end. After waiting and waiting for what seemed like forever in the ER, I finally got to see the doctor. No relief there though. He proceeded to tell me and I quote: “Mr. Massey, if you have rabies, is there anything I can do for you? No!” What? No? What kind of doctor was this? He went on to tell me that the only way to determine if I had rabies was to find the raccoon that was in the cage that I scratched my hand on and test him. How was I supposed to do that?! And even if I could, the testing could take days maybe even weeks and if I did have rabies, that would be too late!

The only thing they could do was give me a series of shots that would potentially stop the disease if it was not too far progressed but there was really no way to know for sure. I would just have to endure these shots and wait it out and hope I didn’t start drooling at the mouth (literally, that’s what can happen!)

So, I had FIVE shots that night and then came back over the next three weeks for THREE more! All of which turned my insides to liquid. I just couldn’t quite shake the feeling that I was going to start drooling and having convulsions and hallucinations at any minute… But I never did. After about a month of this whole ordeal, I either survived rabies or never had it. We’ll just say “I survived rabies.” That sounds much tougher!

According to the CDC, raccoons are the most common carriers of rabies. But the disease can also occur in animals such as skunks and bats. Animals infected with the disease often act oddly. A bat may wander out in the daytime or a raccoon may seem unafraid of humans.

Having these animals in your house can not only damage the structure of your house but they can also spread a variety of diseases!