Are you hearing noises in the walls or attic? 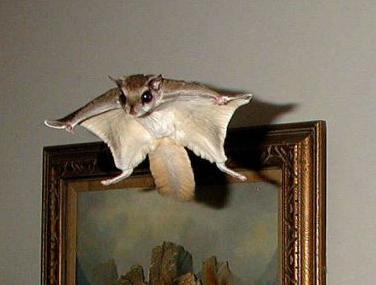 You could have flying squirrels! Flying squirrels are nocturnal animals that hunt at night and use their highly-developed sense of smell to scavenger for a variety of nuts, seeds, fruits, and insects. During the fall and winter, they begin hoarding food and looking for warm places to nest. Unfortunately, this could be in your home. Never fear, you have found Georgia P.A.W.S and our technicians are experts at flying squirrel removal and sealing your house so they cannot return.

Did you know that the flying squirrel’s teeth, just like the teeth of a regular squirrel, never stop growing? Because of this, they must gnaw on things in order to keep them filed down! Flying squirrels become a nuisance when they get into our homes and other buildings and begin causing structural damage, chewing electrical wiring, and leaving their droppings to contaminate our insulation.

The flying squirrel doesn’t technically “fly?” They more or less glide. They can’t take off or gain altitude like a bird. Their “wings” are formed by skin between their legs and their bodies; the wings allow them to glide for long distances and land accurately on buildings or trees. Their gliding ability allows flying squirrels to get into homes through openings that would be impossible to climb to.

Because of their remarkable flight capabilities, nocturnal habits, and potential parasites, controlling the flying squirrel can be especially challenging. But not to Georgia P.A.W.S! Our technicians are equipped with all the tools necessary to remove these unique animals humanely. At Georgia P.A.W.S, we don’t just remove the flying squirrels; we also repair the damage they have caused and seal up areas ensuring that they don’t get back in again! Check out our page on full exclusion work for more information on this process! The dangers of living with flying squirrels

The flying squirrel’s droppings, the hair they shed, and their bodily wastes can cause safety and health problems. Flying squirrels and their parasites are spreaders of typhus and other airborne viral diseases. Below is information about typhus (as sited by CDC)

Rickettsial (Spotted & Typhus Fevers) is transmitted by house-mouse mites, circulates in urban centers in Ukraine, South Africa, Korea, Balkan states, and the United States. Outbreaks of rickettsialpox most often occur after contact with infected rodents and their mites, especially during natural die-offs or extermination of infected rodents that causes the mites to seek out new hosts, including humans. The agent may spill over and occasionally be found in other wild rodent populations.

Some common symptoms that typically develop within 1–2 weeks of infection include fever, headache, malaise, and sometimes nausea and vomiting. Most symptoms associated with acute rickettsial infections are nonspecific and require further tests to make an accurate diagnosis. Most tick-transmitted rickettsioses are accompanied by a maculopapular, vesicular, or petechial rash or an eschar at the site of the tick bite. While many rickettsial diseases cause mild or moderate illness, epidemic typhus and Rocky Mountain spotted fever can be severe and may be fatal in 20%–60% of untreated cases.

The best prevention is to minimize exposure to infectious arthropods (particularly lice, fleas, ticks, mites) and animal reservoirs, particularly dogs and cats, when traveling in endemic areas. The proper use of insect repellents, self-examination after visits to vector-infested areas, and wearing protective clothing are ways to reduce risk. These precautions are especially important for people with underlying conditions that may compromise their immune systems, as these people may be more susceptible to severe disease.

Check out the following article about Epidemic Typhus that occurred right here Georgia:

Below are some on-the-job pictures that our technicians have taken while removing flying squirrels. The first is damage to the shingles on a roof in Duluth. The second is of some we found in the insulation of an Athens home. And the last is the droppings they left in that insulation (referred to as a litter box). 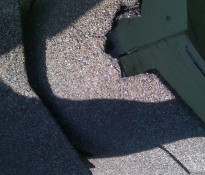 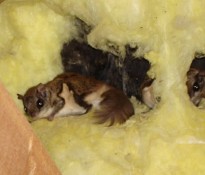 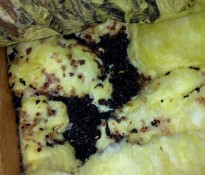 In the next set, the first one is an example of a hole created  by flying squirrels gnawing through the aluminum flashing and into the roof. Next is a hole they created in another home at the construction gap located along the roof line. And the last is some we found nesting in the soffit boxing of a home in Marietta. Flying squirrels use the ridge vents of houses to sneak their way into the attic. The first picture is a chewed hole on one end of a ridge vent. The others are pictures of how we seal those ridge vents. 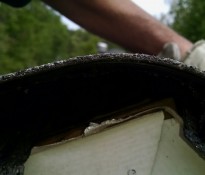 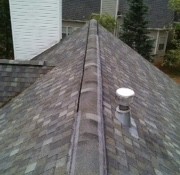 Contact the professionals at Georgia P.A.W.S. to flying squirrel removal from your home today!! 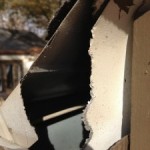 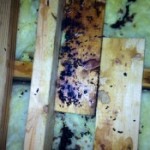 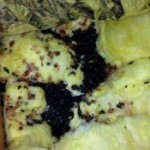 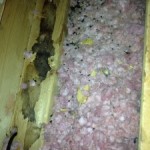 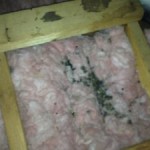 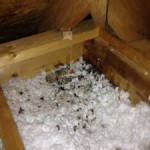 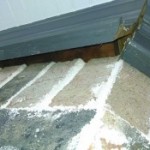 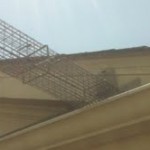 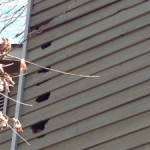