Rats in the attic, walls or crawl space?

Rodents in your home or place of business can do more harm than you realize. A rodent in your home can spread diseases to your house pets and ruin your insulation. And in your place of business, you can be legally liable – at a high cost – for damaged stock, contaminated foods, health code violations, or other consequences.

Luckily, you can depend on us – the rodent control team with years of training and experience in rodent trapping, removal and access control. And with our emergency hot-line number, we can take care of your rodent problem anytime, day or night.

We know the telltale signs of rodent presence and behavior. We know how to root them out. And once they’re gone, we can do a full evaluation and advise you on how to make sure they never come back.

Our professional team of rodent removal experts can help you get rid of pesky rodents in your home or business – for good. Call us today for an appointment for an evaluation on how rodent-proof your structure is, or call our emergency line the moment you know you’ve got a rodent problem. We’re here to help. Check out some of our pictures below of rat problems we have encountered! 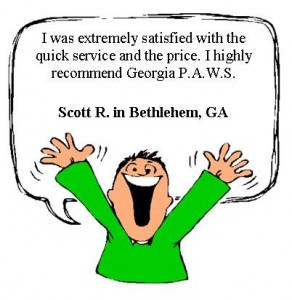 Dangers of living with rodents:

Rodents, such as rats, can carry many diseases . Below are some (as sited by the CDC)

(HPS): Hantavirus pulmonary syndrome (HPS) is a severe, sometimes fatal, respiratory disease transmitted by infected rodents. The rodents shed the virus in their urine, droppings, and saliva. The virus is mainly transmitted to people when they breathe in air contaminated with the virus.

When fresh rodent urine, droppings, or nesting materials are stirred up, tiny droplets containing the virus get into the air. This process is known as “airborne transmission”

Rodent control in and around the home remains the primary strategy for preventing Hantavirus infection.

Check out these articles about RECENT cases of the Hantavirus:

“A woman cleaning out a Texas home for a future episode of TLC’s “Hoarding: Buried Alive” developed a respiratory disease that county officials believe has been caused by hantavirus.” Read the entire article here.

“Instead of basking in post-vacation nostalgia, the people who camped at Yosemite National Park this summer are worriedly watching for signs of a deadly airborne disease called hantavirus which has already killed two campers since July. ” Read the entire article here

(RBF): Rat-bite fever (RBF) is an infectious disease that can be caused by two different bacteria. Streptobacillary RBF is caused by Streptobacillus moniliformis in North America while spirillary RBF or sodoku is caused by Spirillum minus and occurs mostly in Asia. People usually get the disease from infected rodents or consumption of contaminated food or water. When the latter occurs, the disease is often known as Haverhill fever. If not treated, RBF can be a serious or even fatal disease.

Below are some sites that discuss several RBF cases:

“A WOMAN who caught rat bite fever from kissing and cuddling her pet rodent has sparked concerns the disease may become more widespread as the animals are welcomed into homes.” Read the entire article here

The bacteria that cause plague, Yersinia pestis, maintain their existence in a cycle involving rodents and their fleas. In urban areas or places with dense rat infestations, the plague bacteria can cycle between rats and their fleas. The last urban outbreak of rat-associated plague in the United States occurred in Los Angeles in 1924-1925.

The plague bacteria can be transmitted to humans in the following ways:

Flea bites. Plague bacteria are most often transmitted by the bite of an infected flea. During plague epizootics, many rodents die, causing hungry fleas to seek other sources of blood. People and animals that visit places where rodents have recently died from plague are at risk of being infected from flea bites. Dogs and cats may also bring plague-infected fleas into the home. Flea bite exposure may result in primary bubonic plague or septicemic plague.

Contact with contaminated fluid or tissue. Humans can become infected when handling tissue or body fluids of a plague-infected animal. For example, a hunter skinning a rabbit or other infected animal without using proper precautions could become infected with plague bacteria. This form of exposure most commonly results in bubonic plague or septicemic plague.

Infectious droplets. When a person has plague pneumonia, they may cough droplets containing the plague bacteria into air. If these bacteria-containing droplets are breathed in by another person they can cause pneumonic plague. Typically this requires direct and close contact with the person with pneumonic plague. Transmission of these droplets is the only way that plague can spread between people. This type of spread has not been documented in the United States since 1924, but still occurs with some frequency in developing countries. Cats are particularly susceptible to plague, and can be infected by eating infected rodents. Sick cats pose a risk of transmitting infectious plague droplets to their owners or to veterinarians. Several cases of human plague have occurred in the United States in recent decades as a result of contact with infected cats.

Read about RECENT cases of the Bubonic Plague:

“A man in Oregon contracted bubonic plague after trying to take a rat out of a stray cat’s mouth.” Read article and see pics here

Below is the damage that rodents can cause to insulation: 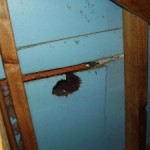 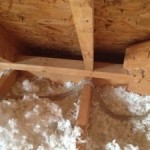 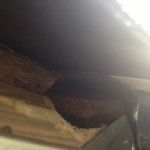 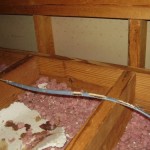 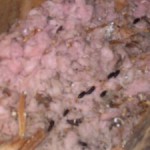 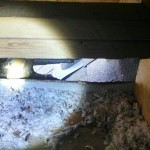 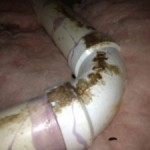 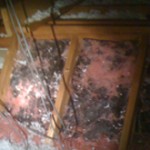 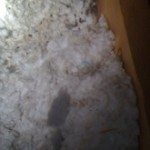 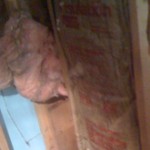 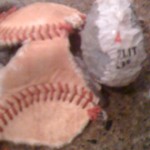 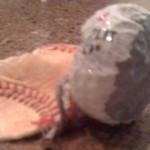 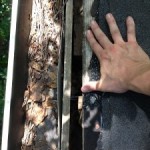 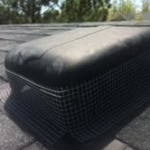