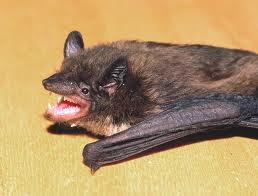 As scary as they may seem, bats are a very valuable part of Georgia’s nature system.  They provide many benefits. Did you know that a single bat can eat hundreds of mosquitoes in just one hour?!  Who needs mosquito spray when you have a bat around? A bat’s main source of food is flying insects, many of which we consider pests.  They are also beneficial to farmers by eating lots of moths and beetles which can cause severe agricultural damage.

In the past, bats found places to roost in caves and large dead trees. Today, however, there are not many dead trees or caves found in largely populated areas so bats are sometimes choosing to roost in buildings or homes. But before you think you are just going to remove a few bats from your attic, there are a few things you might want to be aware of…